The Grand Strategic......or what do we do next?

There has been some significant discussion on various/multiple threads of tactical and operational aspects of Rus/Ukr, China, the ME, and political/diplomatic maneuvers. It has been insightful and educational for me and likely countless others. I think that there are elements missing here, namely the grand strategic.

Here is one perspective:

Is there a NATO grand strategy, an American one, a Canadian one?

There is not a NATO grand strategy, more of a single theme of countering Russia. And it’s a pretty loose thread - the prewar training missions in Ukraine were not run under the NATO banner. Consensus on the Ukraine question has only been reached in the past two months, who’s to say it will endure? And look at the members of NATO - USA, UK, France, Germany, Poland, Turkey… I wouldn’t call them a united bloc.

I think the US has a grand strategy to maintain European support for its hegemony by being the key enabler to the Ukrainians to give it back to Russia to let Russia’s societal hubris spend itself to impotence, all the while making sure that China is taking notes. The US knows it owes Ukraine the strongest of Marshall Plans.

OldSolduer said:
Wait....Canada has a strategy?
Click to expand...

Good2Golf said:
Yup…to excuse itself to the washroom whenever the going gets tough…
Click to expand...

The other way is some negotiated settlement. If there’s a third way, no one’s ever figured it out. So what we should be doing is devoting all the things you mentioned, if properly shaped, but primarily moving towards a possible negotiated settlement that will save Ukrainians from further disaster. That should be the prime focus.

That requires that we can’t look into the minds of Vladimir Putin and the small clique around him; we can speculate, but can’t do much about it. We can, however, look at the United States and we can see that our explicit policy — explicit — is rejection of any form of negotiations.

Noam Chomsky and Jeremy Scahill: On The Russia-Ukraine War, The Media, Propaganda, and Accountability 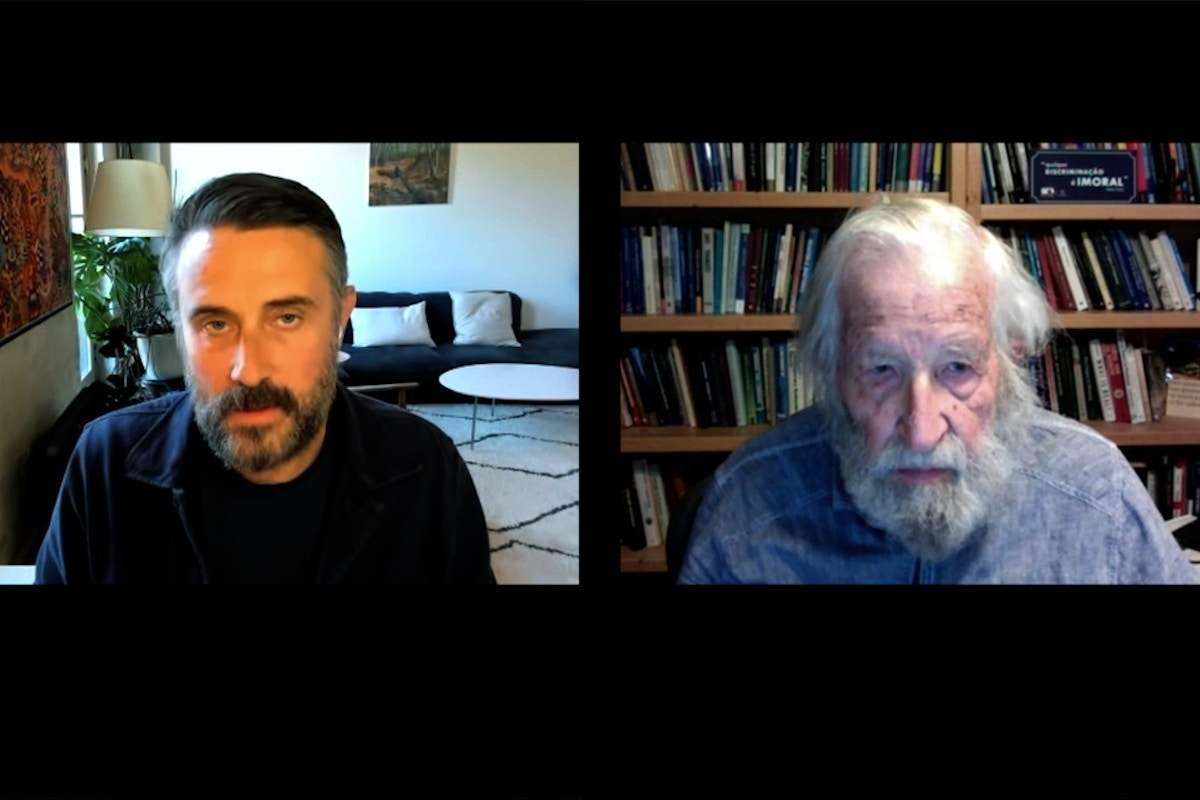 Noam Chomsky and Jeremy Scahill on the Russia-Ukraine War, the Media, Propaganda, and Accountability

Noam Chomsky spoke with The Intercept’s Jeremy Scahill in a wide-ranging discussion on Russia’s invasion of Ukraine.

I know that is the conventional wisdom ... I'm not sure it's right.

A year ago I said Putin is an adventurous opportunist or an opportunistic adventurer, take your pick, but, since he leads a nuclear armed superpower we have to put up with it.

OK, he's still nuclear armed but both he and Russia have been exposed as big, heavyweight, shambling failures.

I'm not sure that Putin, the man, can survive this. I will not be shocked if he's dead and buried before Christmas. At a guess he will be succeeded by a "team" of some sort who will want to make nice with the US-led West while they try to dig their economy our of the muck and mire into which it has sunk been pushed.

Russia's real enemy is China. China wants its resources, China, unlike Russia, IS a superpower.

America might have 'decided' - maybe that's not the best way to describe the Biden administration's approach to strategic decision making - that now is thew time to dismember reinvent Russia. Remember PNAC, the Project for a New American Century? That was, in my opinion, the last time America had a coherent grand strategy. It was deeply flawed - almost Wilsonian in its idealism (see Mead - Special Providence) but it was Hamiltonian and even slightly Jacksonian in its execution. I have to believe that the very, very smart people who thought it up and sold it to President George W Bush knew that their idealism was fake and that they only wanted to cement America as THE global hegemony, but, at least, they knew what they wanted. It's been a long time since America knew its own mind.

China has also been adrift. Both Jiang Zemin and Hu Jintao committed themselves to advancing Deng Xiaoping's grand strategy of overturning Maoism and Marxism and making China into a prosperous, productive and powerful market economy. That all changed shortly after Xi Jinping took over a decade ago. He sees himself as a transformative leader and the transformation he wants to execute is one in which China exploits its economic power to become THE regional (East Asian) hegemon and a global superpower, too. That puts it, squarely, in the face of America which sees itself as the guarantor of global freeish trade.

Europe is in turmoil. Brexit had a greater political impact than many realize. Germany is much stronger and France is much weaker. There are deep and growing divisions in the EU between the so-called New Hanseatic League (Denmark, Finland, Netherlands, Sweden, etc) and the spendthrift, dishonest Romantic League (France, Italy, Spain, Portugal, etc) and the problematic newcomers (Hungary and so on). My guess is that Germany will, finally, succeed in establishing a real 'Mitteleuropa' which might look a lot like Greater Germany.

An article that may be of interest, published the day before Russia invaded Ukraine.

Maybe we can play tic-tac-toe.

Moscow - Beijing is one play. Moscow has dominated that play for a couple of centuries but China is looking to take the lead but follow the play. Ultimately that play was about dominating the Silk Road which China is explicitly trying to revive.

But the Silk Road is neither Chinese nor Russian. The dominant peoples are the Islamic Turks and Tengric Mongols, Specifially we are looking at Turkey, Azerbaijan, Kazakhstan, Turkmenistan, Uzbekistan, Kyrgyzstan, Uighuristan and Mongolia. Related cultures are Cossacks, Bulgarians, Georgians, Armenians, Manchurians, Koreans and Japanese.

There was a book the came out a few years back describing a new map, something about an arc of instability. That map, in the Eurasian context was talking about this region. It essentially described the region as a power vacuum. China has moved to fill that vacuum in the absence of Russia. But, as shown by its problems in Xinjiang, Tibet and even Shanghai, it is hard to govern without the consent of the governed no matter how many boots you have on the ground.

A Western Play would be to challenge the Chinese trade in the Stans and Mongolia by appealing to free trade and sovereignty among peoples that are by history nomadic pastoralists and traders. With a willingness to fight.

Ukraine sees itself as a Cossack culture.

That would bring Astana, Ashgabat, Dushanbe and Bishkek immediately into play and would present China with problems in Urumqi (Xinjiang), Xanadu (Inner Mongolia/Manchuria), Lhasa (Tibet) and Pyongyang (North Korea).

History and culture, as well as the efforts of both China and Russia have laid the ground work for such a trade zone. Perhaps they need a better sponsor - somebody like the OECD with better security guarantees - Non-NATO but not inimical to NATO.


I think the Iceland-UK-Ndlds-Denmark-Norway-Sweden-Finland-Estonia-Latvia-Lithuania-Poland-Ukraine-Turkey play is already moving in that direction from the West and Japan is become less isolationist in its associations as well.

Canada could be well positioned to add to that association on a variety of levels.

Canada's grand strategy is going to continue being domestic. Today I read the third or fourth article in the space of a few days about family physician shortages. It's already a problem; it should be fixed; people will increasingly demand it be fixed; it won't be cheap; base interest rates are increasing; accumulated deficits are large.

Brad Sallows said:
Canada's grand strategy is going to continue being domestic. Today I read the third or fourth article in the space of a few days about family physician shortages. It's already a problem; it should be fixed; people will increasingly demand it be fixed; it won't be cheap; base interest rates are increasing; accumulated deficits are large.
Click to expand...

But Canada is always looking for another good club to join and a good cause to sponsor. Fortunately I really enjoy chocolate coated almonds and girl guide cookies.

Another article of interest re this thread. Although written from a U.S. perspective, many of the questions here have relevance.

This postulates that competition, which I would suggest has significant influence on Grand Strategy is derived thusly "First, there must be some measurable or perceived contention (in other words, the participants have to see themselves as competing). Second, the contestants must be seeking to enhance their power or position in relation to one another. And third, the thing the contestants are struggling over must be in limited supply or significant for some other reason."

So it really is like when all the ladies go to the washroom to talk about the handsome guy at the bar...
You must log in or register to reply here.

A 10-Year Study Reveals What Great Executives Know and Do