I like most of the Patricia's that I know. Have a great Regimental Day, gals and guys.

Weinie said:
I like most of the Patricia's that I know. Have a great Regimental Day, gals and guys.
Click to expand...

Weinie said:
I like most of the Patricia's that I know. Have a great Regimental Day, gals and guys.
Click to expand...

There are a few that bear watching

Happy Regimental Day to all members of the PPCLI.


Today, 17 March as everyone knows (or should know) the PPCLI celebrates Regimental Day. There is some confusion among people not in the Regiment on what Regimental Day is and why we celebrate it, they sometimes think that it is our Regiment’s birthday which of course is 10 August. No, Regimental Day is to honour the birthday of our unit’s first Colonel-in-Chief and the unit's namesake: Princess Patricia of Connaught.

Lady Patricia was born Victoria Patricia Helena Elizabeth on 17 March 1886 in Buckingham Palace, London, England. Her father was Prince Arthur, Duke of Connaught the third son of Queen Victoria and her mother was Princess Louise Margaret of Prussia.

In 1911 her father was appointed the Governor-General of Canada and she joined him in Canada where she became very popular with Canadians ( her picture is on the one-dollar bill of the Dominion of Canada issued on 17 March 1917).

When the PPCLI was being formed LCol Farquhar (the first CO) was the Military Secretary to Prince Arthur the Governor-General and he requested to the Princess the honour of her name for the Regiment. She accepted the proposal and designed and made by hand the “Ric-A-Dam-Doo”. During WWI she followed the accomplishments of the unit during their fighting in the trench and grieved for their losses. At the end of the war, she presented the unit with the wreath of Laurel commemorating their losses.

On 27 February 1919, she married Commander, The Hon. Alexander Ramsay in Westminster Abbey. The Regiment provided a guard of 3 Officers and 100 men and every officer attended and 40 NCOs lined the aisles. As she was marrying a “commoner” rather than royal blood she voluntarily relinquished the title of Princess of Great Britain and Ireland and became known as Lady Patricia Ramsay. They had one son Alexander Ramsay of Mar born 21 December 1919.

Lady Patricia remained involved with the Regiment throughout her entire life and was appointed the Colonel-in-Chief of the Regiment on 22 February 1918. In addition to being associated with the PPCLI, Lady Patricia was also an accomplished artist who specialized in Watercolours. She was made an honorary member of the Royal Institute of Painters in Water.

Lady Patricia passed away on 12 January 1974 at the age of 87. As she wanted a simple funeral the Regiment was represented by MGen C.B. Ware, a bearer party and two buglers. During her lifetime she was accorded the following honours: Lady of the Imperial Order of the Crown of India, member of the Royal Order of Victoria and Albert, Dame of Justice of the Order of St. John of Jerusalem, and in recognition of her service to the Canadian Army the Canadian Forces Decoration.

This is a quick synopsis of the life of this great lady whose influence still affects us to this day. So if people don’t know why we celebrate 17 March or think it is just a day in honour of some guys that chased away snakes please share this with them.
Click to expand... 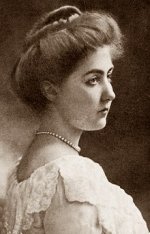 All the best to Patricias everywhere. For my contribution, as I sip my first beer around 1700, I'll silently sing a ditty I learned a million years ago, stationed in Fort Prince of Wales next to the First Patricias in Fort Mac. The first line goes something like this: "In Nineteen-Hundred-and Fifty, the Pats, they left Seattle".

Old Sweat said:
All the best to Patricias everywhere. For my contribution, as I sip my first beer around 1700, I'll silently sing a ditty I learned a million years ago, stationed in Fort Prince of Wales next to the First Patricias in Fort Mac. The first line goes something like this: "In Nineteen-Hundred-and Fifty, the Pats, they left Seattle".
Click to expand...

It is called Big Jim Stone's Patricias. For obvious reasons it is not sung very often.

In nineteen hundred and fifty
The Pat's they left Seattle,
They sailed across the Pacific
To meet the chinks in battle

The gooks they stole a Bren gun
From the RCR one night,
That wouldn't happen to the Pats
'Cause they're not afraid to fight.

The other Battalion's coming over soon
And once they're under fire,
We hope they aren't too badly shocked
'Cause Korea ain't Sweetbriar.

The Pats are going home soon
They're going on rotation,
And the RCR and Van Doo's
Didn't even win a citation

This song was written in the 1950s while fighting a bitter enemy.

dangerboy said:
It is called Big Jim Stone's Patricias. For obvious reasons it is not sung very often.

This song was written in the 1950s while fighting a bitter enemy.

For awhile I was a member of a Regiment that had this as their regimental tune.... yeah, not sung out loud very much at all these days either - except by Michael Buble, suprisingly

Mr. Muir wrote this patriotic song in 1867, the year of Canada's Confederation. It served as the unofficial Canadian anthem for many years before O Canada became the official anthem.

A version with alternate lyrics was written by Vladimir Radian in 1997 and was sung most recently at the 2010 Vancouver Winter Olympics by Michael Buble. Song: The Maple Leaf Forever

In defence of Lady Susan Hussey
3 4 5

Dear God, this is the worst Thanksgiving ever Jack Knox