ModlrMike said:
Why can't children be brought up to demonstrate respect for elders, obedience, good behavior, good manners, independence, self-reliance, consideration, and curiosity? These things are not contradictory.
Click to expand...

Exactly my thoughts and since this is the US, throw in are they a believer that the Constitution should be read or interpreted? Because that a major factor.

The sad reality is that human behavior honestly has not changed too much since the Bronze Age, but we've fortunately had a number of restraints develop due to the ease with which we can commit unimaginable horrors against our neighbors.

Our natural paranoia has pragmatically given way to peace - "nemo me impune lacessit" writ large. Authoritarianism has an inherent critical flaw in that a family group will inherently have a closer bond within itself than to any that lies outside of it, so the disturbing thing is that an authoritarian society inherently eats away at its own foundation. Is it any wonder why the Coup d'etat is so commonplace, it might as well be referred to as the traditional method of regime change for our species?

As for attitudes towards the Constitution (US or otherwise), I disagree with the idea that it is a living document. Functionally, it's much closer to an undead one.

Part of the problem in the US is that the system has evolved into a either or situation. A good chunk of Trump support is purely due to the fact that Trump was not Hillary. Add in the likely retirement of several judges in the supreme court and many people held their nose and voted the way they did. Trump stands a good chance of being re-elected, because the Democrats are in a hole and are determined to dig it deeper, instead of finding a way out.

Bump. From The Atlantic.


The Experts Somehow Overlooked Authoritarians on the Left

Although right-wing authoritarianism is well documented, social psychologists do not all agree that a leftist version even exists. In February 2020, the Society for Personality and Social Psychology held a symposium called “Is Left-Wing Authoritarianism Real? Evidence on Both Sides of the Debate.”
Click to expand...

Intriguingly, the researchers found some common traits between left-wing and right-wing authoritarians, including a “preference for social uniformity, prejudice towards different others, willingness to wield group authority to coerce behavior, cognitive rigidity, aggression and punitiveness towards perceived enemies, outsized concern for hierarchy, and moral absolutism.”
Click to expand...

Apparently it is a puzzlement. 70 years of believing that authoritarianism was a right wing trait.

Kirkhill said:
Bump. From The Atlantic.


The Experts Somehow Overlooked Authoritarians on the Left

Apparently it is a puzzlement. 70 years of believing that authoritarianism was a right wing trait.
Click to expand...

It's part of the same ongoing project of altering definitions and perceptions to force the fascists and the libertarians into the same box.

Kind of like Bonar Law convincing Liberals they were Conservatives instead of Socialists?

Most contemporary progressives are embarrassed by the excesses of early 20th century progressives. Reading or defining them out of the family are convenient, if meaningless, ways of coping.

Brad Sallows said:
Most contemporary progressives are embarrassed by the excesses of early 20th century progressives. Reading or defining them out of the family are convenient, if meaningless, ways of coping.
Click to expand...

So Lenin, Stalin, and Beria (NKVD) were just misunderstood? Same with Chairman Mao and the Great Leader Kim whats his face the first? Let us not forget Pol Pot and the Khmer Rouge. Poor things.

There is a growing fad to utilize the wrong words to describe things, and by using them enough you can 'change' the definition.

'Liberal' is a great example, where the Liberal party is anything but (they have had to now add 'classical' to the front of it for the true definition). Other examples are words like 'racist' 'fascist' 'socialist' 'buyback' etc.

I try to be very careful with the terminology I use now, simply because otherwise your corrupting the statement.

Brad Sallows said:
Most contemporary progressives are embarrassed by the excesses of early 20th century progressives. Reading or defining them out of the family are convenient, if meaningless, ways of coping.
Click to expand...

I can understand how they would be embarrassed by Teddy Roosevelt and Woodrow Wilson.

OldSolduer said:
So Lenin, Stalin, and Beria (NKVD) were just misunderstood? Same with Chairman Mao and the Great Leader Kim whats his face the first? Let us not forget Pol Pot and the Khmer Rouge. Poor things. 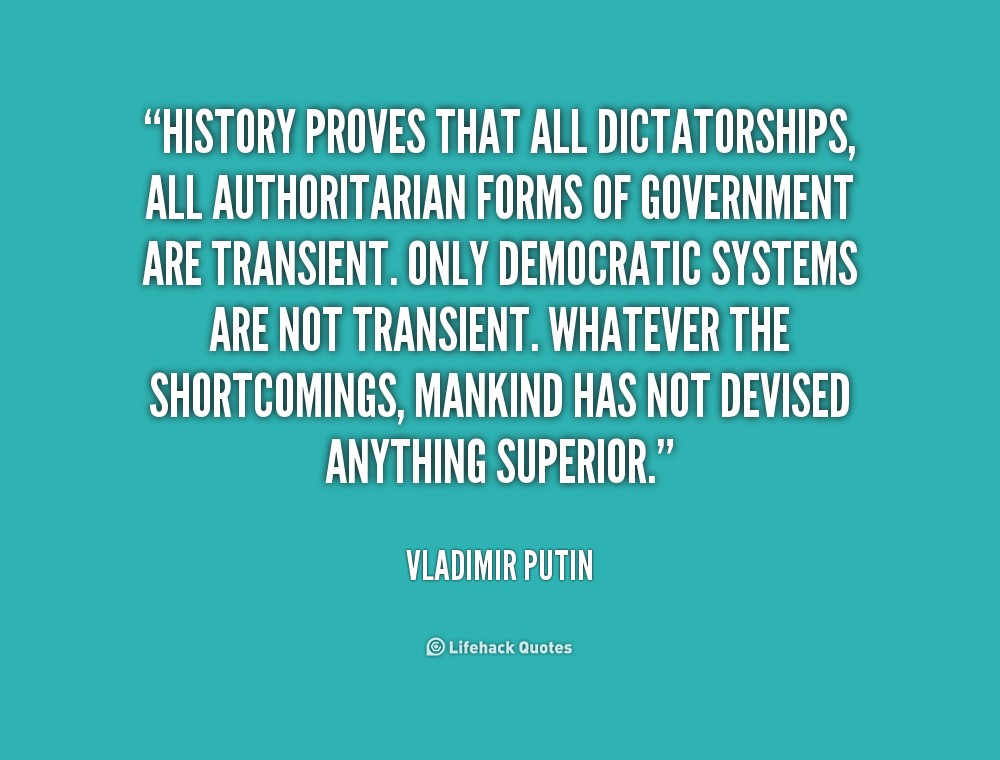 What's in a name?

15. If, then, on this feast day which commemorates both the benignity of the Incarnate Word and the dignity of man (both in its personal and social aspects), We direct our attention to the problem of democracy, examining the forms by which it should be directed if it is to be a true, healthy democracy answering the needs of the moment, our action shows clearly that the interest and solicitude of the Church looks not so much to its external structure and organization—which depend on the special aspirations of each people—as to the individual himself, who, so far from being the object and, as it were, a merely passive element in the social order, is in fact, and must be and continue to be, its subject, its foundation and its end.

16. Given that democracy, taken in the broad sense, admits of various forms, and can be realized in monarchies as well as in republics, two questions come up for our consideration: first, what characteristics should distinguish the men who live under democracy and a democratic regime?

Second, what characterization should distinguish the men who hold the reins of government in a democracy?
Click to expand...

EWTN is a global, Catholic Television, Catholic Radio, and Catholic News Network that provides catholic programming and news coverage from around the world.
www.ewtn.com

Kirkhill said:
What's in a name?

EWTN is a global, Catholic Television, Catholic Radio, and Catholic News Network that provides catholic programming and news coverage from around the world.
www.ewtn.com
Click to expand...

The prequel to the quote above.

THE PROBLEM OF DEMOCRACY

11. Moreover—and this is perhaps the most important point—beneath the sinister lightning of the war that encompasses them, in the blazing heat of the furnace that imprisons them, the peoples have, as it were, awakened from a long torpor. They have assumed, in relation to the state and those who govern, a new attitude—one that questions, criticizes, distrusts.

12. Taught by bitter experience, they are more aggressive in opposing the concentration of dictatorial power that cannot be censured or touched, and call for a system of government more in keeping with the dignity and liberty of the citizens. These multitudes, uneasy, stirred by the war to their innermost depths, are today firmly convinced—at first, perhaps, in a vague and confused way, but already unyieldingly—that had there been the possibility of censuring and correcting the actions of public authority, the world would not have been dragged into the vortex of a disastrous war, and that to avoid for the future the repetition of such a catastrophe, we must vest efficient guarantees in the people itself.

13. In such a psychological atmosphere, is it to be wondered at if the tendency towards democracy is capturing the peoples and winning a large measure of consent and support from those who hope to play a more efficient part in the destinies of individuals and of society?
Click to expand...

Effect of Rowe v. Wade reversal in the US Military.
2