White dress uniforms look nice when they are clean but are dirt magnets. Also we would issue them in polyester or something so in addition to being cheap looking you would sweat like a lunatic. Also, who wants to look like the crackerjack box?

I also hated the executive curl return; came at the same time we had no money for fuel and parts, but some ass clown spent a few million to add a loop onto the ranks which are directional, and you will occasionally get issued two left or right ones.

People that come up with this stuff like looking at it, but don't have to wear it. I'd probably have more time to worry about what my uniform looks like if I wasn't doing 5 peoples jobs. At this point the CAF is lucky I'm actually working while at home instead of curling up into a defeated ball, let alone wearing pants and following the general grooming standard (out of habit).

When morale fails, at least there is still hate and spite to fall back on in the cubicle farm, because otherwise the bureaucracy wins.
Click to expand... 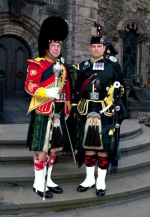 Halifax Tar said:
It's a silly old uniform with no connection to today's RCN. It screams wanna be British.
Click to expand...

Hmm, so the (enter most of the worlds Navies) are Britishphiles?
I understand your disdain but don’t agree with it.
Cheers!

FSTO said:
Hmm, so the (enter most of the worlds Navies) are Britishphiles?
I understand your disdain but don’t agree with it.
Cheers!
Click to expand...

Quite a lot of the world has yet to recover from the lingering influence of British colonialism.

Never say "never" or "always". Ask the Army about pips and crowns.

btrudy said:
Quite a lot of the world has yet to recover from the lingering influence of British colonialism.
Click to expand...

And Russian and German aggression.

We can point fingers all day long but that accomplishes nothing.

That would depend on what the tradition is. Some traditions are good. The Troops Christmas Dinner being but one.

Should we abandon that and many other good traditions in order to satisfy the woke?

I…I can’t believe you called it that. In this day and age it is improper to use “troops” “soldiers” “Christmas” or “Holiday”. I believe there was also an enquiry convened to study if the word “dinner” harms anyone, including turkeys, in any way.

These days it is called a Jnr Ranks Appreciation Dinner. At my Wing, not all Jnr Ranks are allowed to attend because it costs too much money. It doesn’t happen on a Friday so as to make it more enjoyable. The bar wasn’t open before the dinner started.

It’s a far cry from the really good memories I have from going to the Mens, later Soldiers, Christmas Dinner 30 some years ago as a young Tpr, which were some of the best “social nights” of the year back in the day.

Yes we are letting some important things go and it honestly seems like no one GAF anymore.

Tradition being peer pressure from dead people doesn't mean that it's an inherently bad thing.

It just means that we need to be mindful about which traditions we continue doing (e.g. Remembrance Day), which traditions we let fall by the wayside (e.g. rum rations), and which we adapt as needed (e.g. Crossing the Line Ceremony, Dress Instructions). We should examine what we do on basically a continual basis, to see if those things are still working out for us, and if they're not, give 'em an overhaul or the old heave-ho.

Eye In The Sky said:
Yes we are letting some important things go and it honestly seems like no one GAF anymore.
Click to expand...

Yep. We’re so concentrated on doing enough with not enough because of decisions made in the name of efficiencies that some vital things are falling to the wayside. This is effecting us Operationally, Administratively, Culturally, and yes the bonds the are passed on generationally and not in a good way.
K

Eye In The Sky said:
Yes we are letting some important things go and it honestly seems like no one GAF anymore.
Click to expand...

The problem with the "good times" was there was always a risk of someone getting drunk and doing something stupid. Usually it wasn't too serious, but it was guaranteed at every event.

Over the last 20ish years the CAF has started cracking down more and more on alcohol abuse/use, and has become more risk adverse when it comes to media headlines. That has meant that bosses don't want to risk their careers by letting their pers have "too much" fun, and at the same time pers in general have become more worried about throwing away their own careers after a few drinks. The end result is, people don't want to socialize too much at work events, because there is too much potential cost to a slip of the tongue, or a drunken argument.

Barring a shooting war, I don't see any of that changing for the better anytime soon.

I had three LCol's do that (all regular force)- one of them encouraged most of the unit to do so, another Col I know even took a personal handgun on deployment (I suspect he didn't get an ATT) - it is amazing what one can stick in with the sigs crypto
What can I say, it was big in the 90's...
Maybe even in the 2000's too

I'm long out and statue of limitations etc 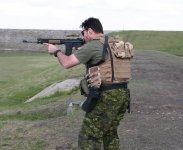 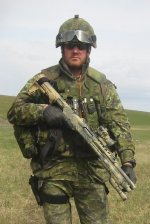 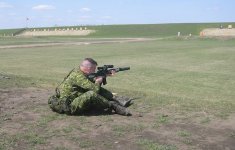 SupersonicMax said:
Because everyone has “stupid” rules, it’s okay to have ours and we don’t need to try and remove the silliness?
Click to expand...

[Sorry for the late reply - been busy. Trying to catch up with the thread]

I put the word 'stupid' in quotes for a reason. Somebody, somewhere will find pretty much any rule 'stupid', or that rules are only for stupid people, and they aren't.

PuckChaser said:
That's a thing? There's a 0% chance I'm replacing my old ankle boots for new ones unless the upper falls apart. I'd rather get them resoled, but to put the soles in that state would require more than 1 parade a year.
Click to expand...

Wait. According to some, you march and parade so much it is a serious time thief and keeps you from operational stuff.

For some reason the CAF is obsessed with stupid hats, that serve no functional purpose. We insist that people wear a useless, floppy piece of wool on their heads because it's "professional" looking, rather than issuing a functional hat like most of our allies do. I suspect that if we had comfortable, and functional hats for daily wear, most of the toque/gloves "issues" would go away.
Click to expand...

While you might land on a higher level of acceptance, finding that magic hat might be elusive, given the wide range of roles, duties and environments. Ball hats for sun protection is a bit of a stretch, given that they only provide protection for the face but not the ears and back of the neck. The OPP went to 'stetsons' for a few years under the guise of sun protection, spurred by a member making a WSIB claim for skin cancer. The hat lasted a few years. Tilly-type hats are issued to some but without any kind of form they truly do look like crap after a short while.

lenaitch said:
Ball hats for sun protection is a bit of a stretch, given that they only provide protection for the face but not the ears and back of the neck.
Click to expand...

Yes, but then you get into the argument whether it should be employer provided (seriously, some members are that cheap. Arguments get raised from time-to-time about a socks and underwear allowance). All of this missed the nexus between said ailment and duty time. A day shift, where a goodly portion is spent in a car (with a roof), followed by donning of shorts, grabbing of beer and sitting outside - without a hat.

I've lost touch but there was some talk of issuing sunscreen to marine operators and m/c riders, but don't know where it landed. Short-sleeve vs. long sleeve shirts is member's option, for the same reason.

the lingering influence of British colonialism.
Click to expand...

Parliaments, common law, partial eradication of slavery...the horror. Yes, I know there were some bad things in the mix. But it won't do to only add up one side of a ledger.

If the only reason that we're doing something is because it's a tradition...
Click to expand...

...it's because we've forgotten why it started; otherwise, we'd know why we were keeping, modifying, or removing it.
You must log in or register to reply here.

In new directive, US Army reins in Army Futures Command

J.L. Granatstein: Canada has pressing national interests. We should spend to defend them