Afghan Interpreters, Others Fast-tracking to Canada

A good chunk arriving in Newfoundland ...

The Bread Guy said:
A good chunk arriving in Newfoundland ...

I'm not sure what will be more jarring - the weather or Newfoundland hospitality.

dimsum said:
I'm not sure what will be more jarring - the weather or Newfoundland hospitality.
Click to expand...

Exactly. I think the Afghans will be surprised, in a good way.

dimsum said:
Exactly. I think the Afghans will be surprised, in a good way.
Click to expand...

however, the “screeching in“ might cause some cross cultural confusion…

Open letter/advice to PM, others in Ottawa from Human Rights Watch:

... Now that the new cabinet has been appointed, the time has come for that leadership. The signatories therefore call upon Prime Minister Trudeau, Minister of Immigration, Refugees, Citizenship Canada Sean Fraser and Minister of Foreign Affairs Mélanie Joly to urgently address the following four major issues that must be resolved if Canada is to achieve its purpose in securing the safe and timely evacuation of the at-risk individuals from Afghanistan targeted through Canada’s special programs.

2) Devote Significant Resources Needed to Get the Job Done, and Permit Discretion for Decision Makers as Required.

3) Waive the Requirement of UNHCR Recognition, and Recognize the Afghan Crisis as a Prima Facie Refugee Situation.

4) Working with Allies, Demand Assurances from the Taliban. 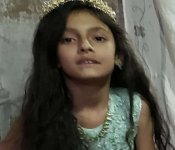 Our Government has no shame. The PM was seized of a personally-driven effort to increase his power, and forced the machinery of government to pause while he and his team positioned to expand the base of his throne, even as tens of thousands of Afghans tried to flee the ravages of the Taliban. Weeks later, with a statistically minuscule blip of increase to a refreshed minority government (and 2/3 billion CAD of the citizens’ treasure expended for little to show for it) Afghans continued to seek support of one of the countries who’s soldiers benefited so greatly from the loyal Afghans’.

May Justin Trudeau and the rest of his loyal supporters have the courage to look at Nazifa’s picture, and explain to us why she and others like her were “asking too much…”

For shame, JT, for shame.

This from Team Blue on the latest: 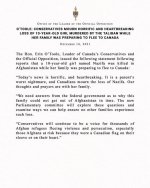 The Bread Guy said:
This from Team Blue on the latest:
View attachment 67683
Click to expand...

I can answer this. Trudeau could care less about the plight of someone who assisted the CAF thousands of miles away. This should be splashed on every media outlet available. You, MR PM are partially responsible for this young woman's death. SHE IS THE SAME AGE AS MY GRANDDAUGHTER AND YES I AM FUCKING ANGRY.

My son did not die serving with these wonderful people only to have them abandoned.. Jesus H Christ.

A leopard cannot change his spots no matter what they tell you.

Canada will take in female Afghan judges and their families who have been living in limbo, primarily in Greece, since their evacuation from Afghanistan in the fall, a spokesperson for the immigration minister said Friday.

In addition to the judges and their families, a group totalling about 230 people, Canada will also resettle an unspecified number of Afghans from the lesbian, gay, bisexual, transgender and queer communities who had been referred by a third-party aid organization, the spokesperson said.

They are expected to come to Canada next year but there is no firm date ...
Click to expand...

A top editor at CBS News resigned last week after clashing with the network’s co-president over whether to rescue Afghan journalists and fixers from the chaos-ridden country last year, The Post has learned. London Bureau Chief Andy Clarke, a 38-year CBS veteran who was responsible for dispatching journalists around the world, stepped down last week after multiple disagreements with CBS News co-president Neeraj Khemlani over budget cuts ...

Clarke’s breaking point, insiders said, came when Khemlani initially refused to pony up cash to extradite Afghan journalists and fixers who worked for CBS last year when President Biden ordered US troops to pull out of Afghanistan.

Eventually, Clarke won a standoff and convinced Khemlani to pay and send the Afghan staffers to Canada, sources said ...
Click to expand...

On February 3, a flight with 90 government-assisted refugees arrived at the Vancouver International Airport (YVR) and was greeted by Musqueam elders, who welcomed the newcomers to their territory with a cedar brushing and welcome song as a way to ensure a fresh start and safe path on the next steps of their journey. As part of the Vancouver Airport Authority’s Friendship Agreement with Musqueam, and as a step toward reconciliation, Musqueam and YVR hope the gesture helps share a glimpse of Musqueam history and culture and encourages newcomers to learn more about Indigenous people in Canada.

Photos of the Musqueam ceremony are available in Dropbox. You can also monitor Canada’s progress on welcoming Afghan refugees to Canada ...
Click to expand...

A 33-year-old interpreter who worked for NATO forces in Afghanistan managed to get to Ukraine with his large family after the Taliban takeover last summer. But delays in his Canadian visa application has him worried they'll all be trapped in Ukraine if Russian forces invade. 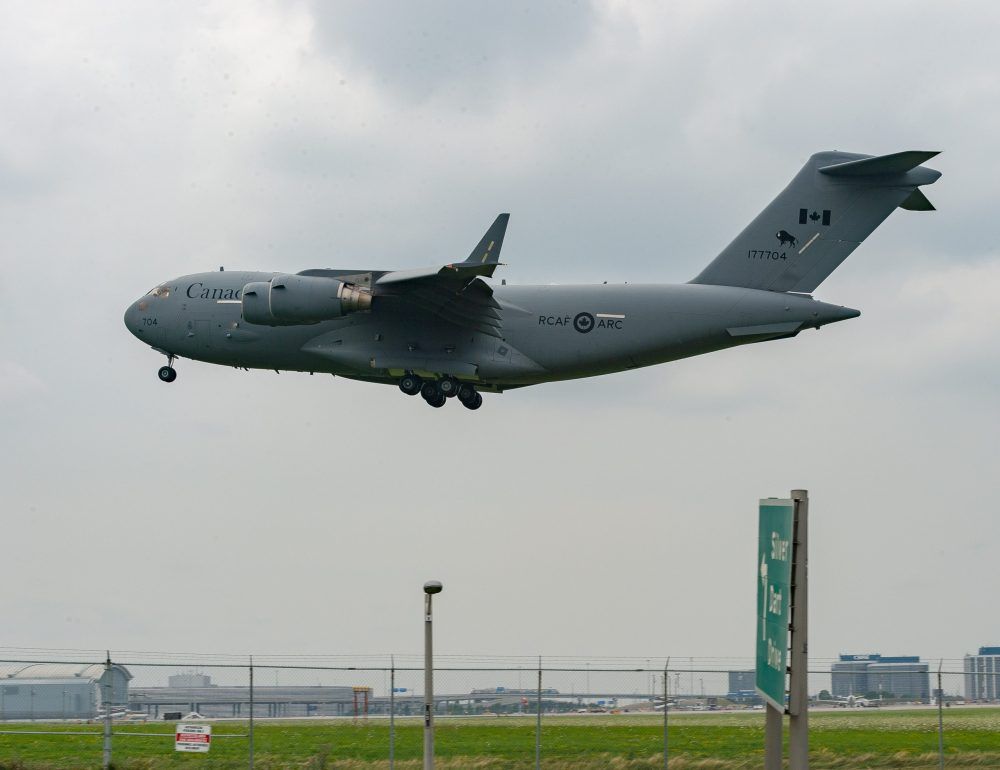 Only 2,385 Afghan nationals who assisted CAF mission relocated to Canada

Only 2,385 Afghan nationals who assisted CAF mission relocated to Canada

If they can do that, then the follow-on question would be how many of the 9000-ish Afghans applied to Canada, but then were evacuated to US, UK, etc?

Bumped with this guy still working at it ....

When Jonathon Monaghan served with the Canadian Armed Forces in Afghanistan in 2009 he formed a bond with his Afghan interpreter that endures to this day.

Now Monaghan and his wife, Kara, are trying to get his former interpreter, his wife and 30 members of his extended family to the security of Halifax.

Monaghan said they are applying for permanent residence for the family under a special Immigration, Refugees and Citizenship Canada provision for extended families of former Afghan interpreters ...
Click to expand...

A 33-year-old interpreter who worked for NATO forces in Afghanistan managed to get to Ukraine with his large family after the Taliban takeover last summer. But delays in his Canadian visa application has him worried they'll all be trapped in Ukraine if Russian forces invade.

This guy contributed more to a high profile Canadian effort (Afghan war) than a vast majority of Canadians ever would or could, yet gets 0% of the credit, and it appears 0% of what we offered for the help.

All that, only to be in Ukraine of all places where Russia just couldn’t stop itself from being… Russia.
You must log in or register to reply here.

You were our heroes: Balkans survivor helps ex peacekeepers

Lt. Clint Lorance Could Be Any One of Us
2 3