Sworn in at NASCAR.... what an awesome idea. Talk about nailing your target market

Future US Army Soldiers took the Oath of Enlistment at the 2022 NASCAR Cup Series race at Texas Motor Speedway in Fort Worth, Texas, on September 25, 2022. The weekend did not fall short of impressive, with static military vehicle displays, the 1st Cavalry Division honor guard and band performing, and a flyover from the US Air Force.

The US Army swore in 20 future Soldiers in front of an audience of thousands. Officiating the event was 2nd Lt. Jennylyn Thompson, an automated logistical specialist with the 13th Expeditionary Sustainment Command out of Fort Hood, Texas.

This was Thompson’s first time being at a NASCAR event, and she described it as a unique and welcoming experience. 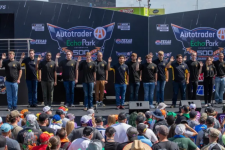 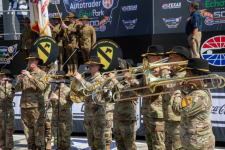 U.S. Soldiers assigned to the 1st Cavalry Division Band play the national anthem during a U.S. Army Oath of Enlistment Ceremony at Texas Motor Speedway in Fort Worth, Texas, Sept. 25, 2022.. Twenty new Army recruits took the oath in front of an audience of thousands in attendance for the NASCAR race. The ceremony was accompanied by a flyover and static displays of U.S. Army tactical vehicles. (U.S. Army photo by Sgt. Kaden D. Pitt)

Thompson explained that selfless service—one of the seven Army values—was her reason for joining.

“It’s important to know why you serve,” Thompson said, “and for me, I joined to serve other people.”

Some of the recruits said it was a weekend they’ll never forget.

“It was absolutely exhilarating,” said Journey Shamoon, a recruit from California, enlisting as an aviation operations specialist. “To not only take my oath of enlistment, but to be able to share that experience with so many supportive people cheering.” 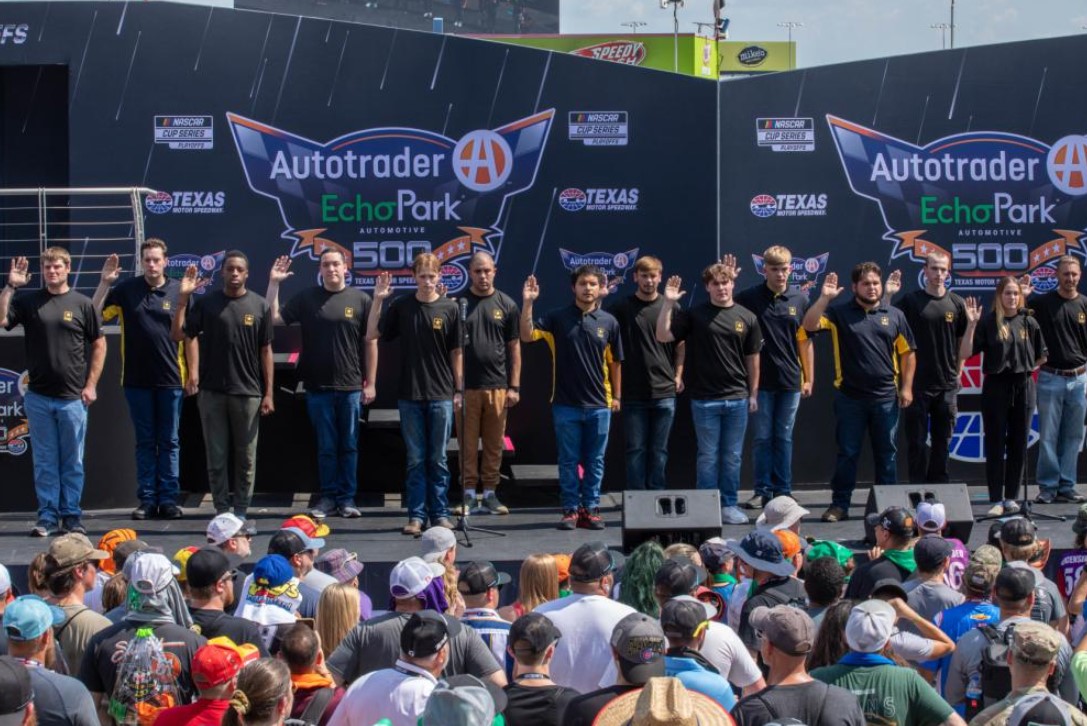 “My parents are big NASCAR fans, so it was an honor,” said Gabriel Garcia, a recruit from California, enlisting into the infantry.

NASCAR is huge there. If one of the drivers enlisted there'd be a bazillion southern US folks clamoring to get in, cause Kevin Harvick enlisted.,
You must log in or register to reply here.

Recruit Loses 230lbs to Enlist in the US Army.
2

To keep recruits, US Army boot camp gets revamped.
2

A
March of the Porcelain Soldiers